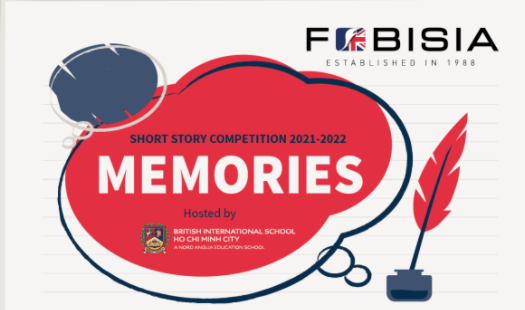 In March, the school submitted our top short story entries into the annual FOBISIA Short Story Competition on the theme of ‘Memories’ and it is now our great pleasure to share the results!

The competition is a great opportunity for children to apply their writing skills for an authentic, engaging purpose and we have been bowled over with the exceptionally high standard of writing from our students.

This year, the entries from 89 FOBISIA Member Schools were carefully whittled down to a Top 5 for each category by the hosting school and then sent to be judged by visiting (online) author Ruth Eastham, to make the final decision.

From Alice Smith, two students were awarded second place in the competition: 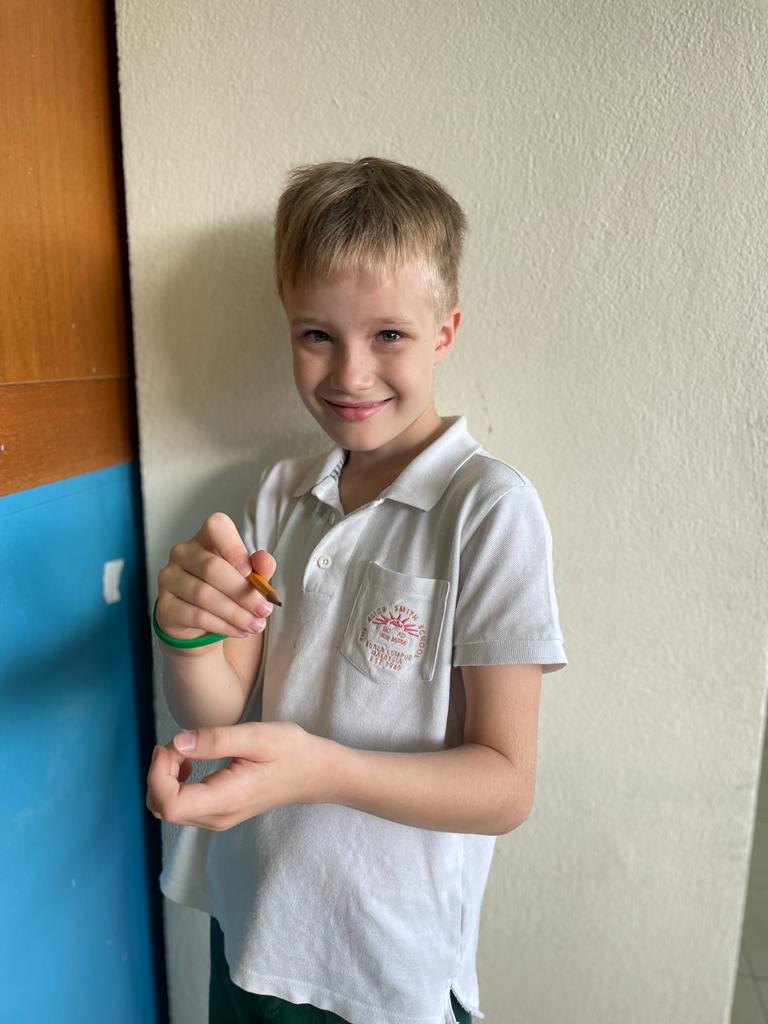 "Moving and mysterious, this thought-provoking story centres on a man, with a machine that turns memories into gemstones. The more he gets, the more he wants, alienating his family and creating ripples of real suffering for those around him, a toxic mix of sadness and shame.

The wealth-obsessed man, finally wracked with regret, repents his misdeeds, and his granddaughters, with great wisdom and dignity, make a different choice for how they will live their lives and continue the family line. ‘They rose from their chairs, each taking a single gemstone, and left the ancient cottage, never looking back.’

A well structured story that glints with wisdom and symbolism, like the precious stones themselves!"

Finn’s story was previously shared with the KLASS community in an earlier blog post, viewable here. 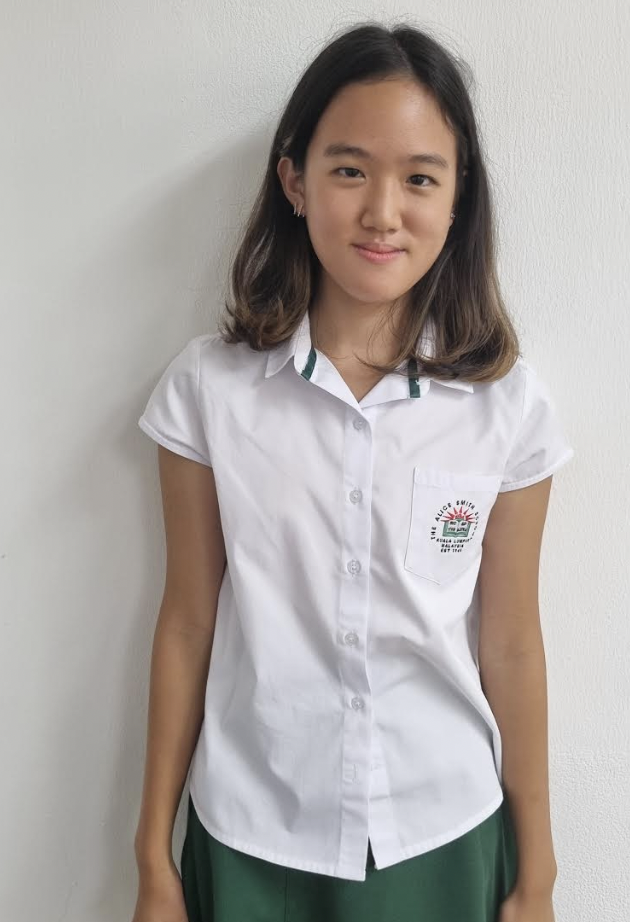 "A seemingly sinister, clawed and scaled beast hiding in the clocktower stalks the town each night to feast on memories and so numb his own unhappiness. But when one boy’s memories have a flavour the memory snatcher has never savoured before, one of joy, through this revelation the creature finds its true purpose and can uncover his true nature.

The setting is evocative, the suspense skilfully teased out. And I loved the unexpected twist in the tail of this story, where a character who seems to be an antagonist at first scrutiny reveals themselves to be something much much deeper.

This accomplished piece of writing bursts with evocative imagery and teems with finely tuned detail. ‘Small crystals in the sand glimmer, reflecting the warmth of the dazzling sun’s rays. The boy watches the sea, lost in the rhythmic percussion of water against sand. He turns his face slightly, and the creature sees a blissful smile on his lips.’

We’re pleased to share Zhiyi’s winning story with the KLASS community for the first time:

The night engulfs the world as black angel wings, protecting earth as she dreams. Silence is nothing less than a sweet serenade, the glistening stars as the choir, their glowing lights singing in infinite patterns. And as the comforting blanket of dark velvet cloaks the world in its unyielding embrace, you might say that the darker the night, the sweeter the song.

And it could be, if not for the skulking creature hidden within the grand structure of the gleaming, metallic clock tower that looms thousands of feet above the slumbering town beneath it. One glimpse of its jarring features would terrify any man.

It is miserable. For a human had seen it in the streets, screamed, threw a basket of rotten fruit at it and ran for his life. And its unhappiness can only be cured by devouring one thing, and one thing only.

The creature unfurls bony, bat-like wings as it leaps off the monumental clock tower and soars to the world below it. Skimming swiftly past dim streetlights, it abruptly latches its slender claws onto the windowsill of a house. The creature’s blood-red eyes squint, peering curiously into the glass, and they are just able to make out the silhouette of a young boy, his limbs still, lying flat in his bed with his eyes closed, his chest rising and falling rhythmically. The slumbering boy does not stir as the creature opens the window and slips soundlessly into the boy’s room, not even when it closes its eyes, inhaling deeply, ready to devour the boy’s memories.

But as the creature is thrusted smoothly into the void of the boy’s mind, it feels an unusual sensation. As though this particular boy’s memories are different from the others’. For, the creature realises, the most prominent memories of this boy are not of things he did wrong, of things he wished people didn’t do, of things that he wished he had done differently.

But of things he wanted to remember the most.

And the memories begin.

The creature can sense everything, as though it is physically present in the moment. The scent of lavender floods the creature’s nostrils, and vivid images of this house crash like swelling waves into the creature’s mind: smooth wooden cupboards, lined with shamrock green and alabaster white chequered cloth, polished photo frames fitted with pristine photographs scattered across the mantelpieces. Wobbly crystal door knobs are fixed on all doors of the house. Large potted plants are present in every room, the leaves thriving and viridescent. The creature watches, transfixed, as it sees a slightly younger version of the boy run into the living room, towards an old woman sitting on the couch.

“Grandmamma! Come eat with us, while the turkey is still hot,” the little boy chatters merrily with the high spirits of a child. His grandmother looks up at him, smiling her warm, toothless smile.

“Turkey? Why, that sounds splendid. We mustn't keep them waiting, then.” The boy’s grandmother stands up, leaning on her cane for support. Boy and grandmother walk out of the room, the boy prattling on and on about how he had personally helped with the dishes tonight, his grandmother listening raptly.

The creature blinks several times, confused. It has never felt such strong, pure emotion before. Could it be… happiness…?

The scene fades before the creature’s eyes, vibrant colours blurring and smudging to paint a new image.

The boy, slightly older this time, is standing on the invisible line where the sea and sand meet upon a golden beach. He is alone, his back to the creature, his face angled towards the setting sun, a sky of fire, painted with streaks of the colours of flames and tangerines. The wind is singing its unique song, running its fingers through the boy’s tousled dark hair. The waves lap gently against the boy’s ankles, the azure water breaking gently into white foam. Small crystals in the sand glimmer, reflecting the warmth of the dazzling sun’s rays. The boy watches the sea, lost in the rhythmic percussion of water against sand. He turns his face slightly, and the creature sees a blissful smile on his lips.

A strange feeling bubbles up in the creature. No person’s memories were so pure, so… happy.

This scene too begins to fade, but this time, the colours swirl to make an inky black, a sign that the boy is waking up. The creature opens its eyes, at last, to carry out the last step of its duty - to steal the memories of the boy - but it stops when it realises something.

It had always thought humans were cruel beings, enjoying bringing pain and sadness to the lives of each other, and even to the creature itself. Yet every memory it has ever tasted… none of them felt like the ones of this particular boy’s. His memories were filled with such unforgettable and unbridled joy, whereas those of the others’ consisted of sorrow. What the boy had shown the creature was so precious. Knowing that at least one other being felt such happiness in their past, the creature knew what it had to do.

The creature turns its back on the boy, its scaled wings spread wide as it slips out of the window and lifts off into the sky, which is no longer shrouded in a veil of darkness, but a nurturing rosy hue. From that day onwards, the creature still devoured memories, but only those of which were of regret, of anger, of loneliness… leaving behind only memories of joy, of hope, of love.

Finally, it had found its purpose.

This is such a fantastic achievement and we’re so proud of our students for representing the school to such a high standard. Both students will receive a certificate from FOBISIA shortly. Also, there will be a write-up in the forthcoming edition of The FOBISIAN later this term.