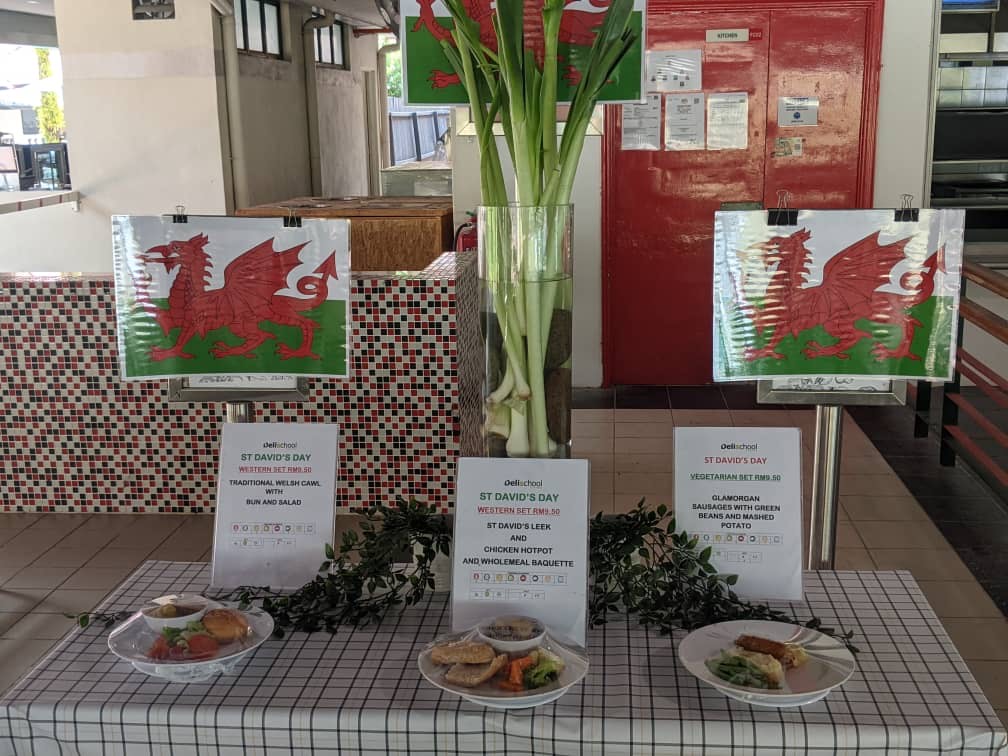 What a busy term we are having celebrating the diversity of our student body. On 1st March we continued with our festivities to celebrate St David’s Day, the Patron Saint of Wales.

St David wasn’t canonised until the 12th century, by Pope Callixtus II, it is only since then that this date has been celebrated in Wales.

Some facts about David:

The Red Dragon, the flag of Wales, was used by Henry VII at the Battle of Bosworth in 1485.The flag comprises the dragon of Cadwaladr, King if Gwynedd along with the tudor colours white and green. It wasn’t officially recognised as the Welsh national flag until 1959.

Wales’ highest mountain is Mount Snowdon or Yr Wydafa. Sitting at 1,085m high, it is home to the rare Snowdon Lily.

There are more castles per square mile in Wales than any other European country ! Wales has some 600 castles!

The national sport of Wales is rugby. The country’s team play their home games at Millennium Stadium, Cardiff, which has the world’s largest retractable roof.

The place with the second longest name in the world is Wales.
Llanfairpwllgwyngyllgogerychwyrndrobwllllantysiliogogogoch! Which means The Church of St Mary in the hollow of the white hazel near the rapid whirlpool and The Church of St Tysilio near a red cave!

We tried some traditional Welsh Food! 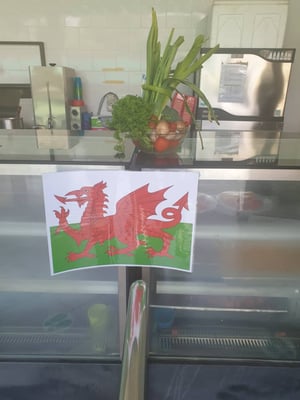 Delischool prepared some wonderful Welsh dishes for our students to try on St. David's Day.

We hope you enjoyed it!