UPDATE SEPT 2022: Looking for something good to watch at the cinema? Why not try 'Anak Rimau'. Way back in Summer 2020 Omar told us about his movie role and now we can finally see it. Here's the trailer - Can you spot Omar?

We love to hear about all the extraordinary things our Alice Smith Students get up to both in and out of school. In this blog Omar, in Year 8, tells us how his love of football ended up getting him a role in a movie! 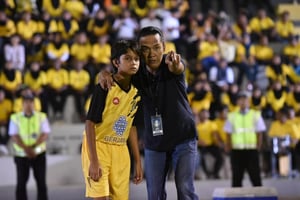 "I love football. I play a lot of football and joined the National grassroots training squad. One day my coach announced that there was a producer coming to cast and select some extras for his football movie. A few of my friends and I decided to give it a shot. It was a very long day. There were hundreds of boys who wanted to be in this movie. I had to wait in line and memorise some short lines. The difficult part was it was all in Bahasa! I had to really understand what I was saying so I could try and act it back.

After the line reading we all had to play some football so the producers could see if we could really play football. They filmed all of us playing a match. A few hours later, the producers announced those who had made it to the next round.

I later found out that not only did I make it to the next round, but I was asked to be part of the main cast!

It was so exciting until I found out that it would take about 3 months and 2 months would be at the Akademi Mokhtar Dahari (AMD). AMD is the top football academy in Malaysia and it is in Pahang. I would have to stay in Pahang for two whole months. My entire summer holiday!! Away from my family! 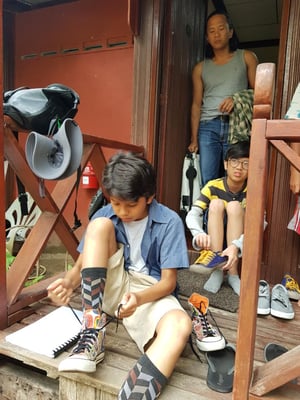 It was a tough decision to make but in the end I thought this is a once in a life time opportunity.

The boys in the movie were all fluent in Malay but I was only a bit. Some of them were friendly and all of them were a older than me. Before we began filming we did a lot of pre production work. I had to learn how to act. We did many many sessions with this famous drama instructor called Auntie Fatimah Abu Bakar. I also had to do extra football training, mostly until late at night. I discovered that film people like to work at night.

It was an exhausting experience. This was because we had to had so many takes as half of the cast were not professional actors. This took quite a while but soon I got used to it. There are a lot of technical equipment around the movie set such as the lights, cameras and sound equipment. I got to be in the best set which was in Tioman island and I got to see the more technical side of the filming. 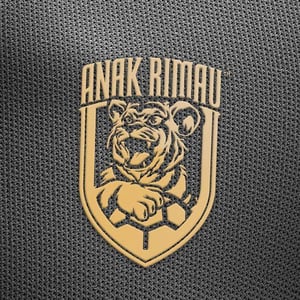 I got quite good at memorising my lines. This is because everyone around me spoke bahasa and I picked it up quickly . I also tried a lot of Malay kampung food which I don’t normally eat. There was also only one girl in the film and it was enjoyable to have her on set.

The last month was the toughest because it was all filmed during the night. This means that I had to stay up from 7pm until the morning for a whole month! It was extremely exhausting and we had to find stolen moments to catch some sleep. I also got to see many amazing football skills and be part of fantastic training as my co-stars were also footballers from AMD.

Even though it was fun but we also had to be professional. We couldn’t muck about and we had to follow instructions.

Congratulations Omar and we hope to see you on the big screen soon too! 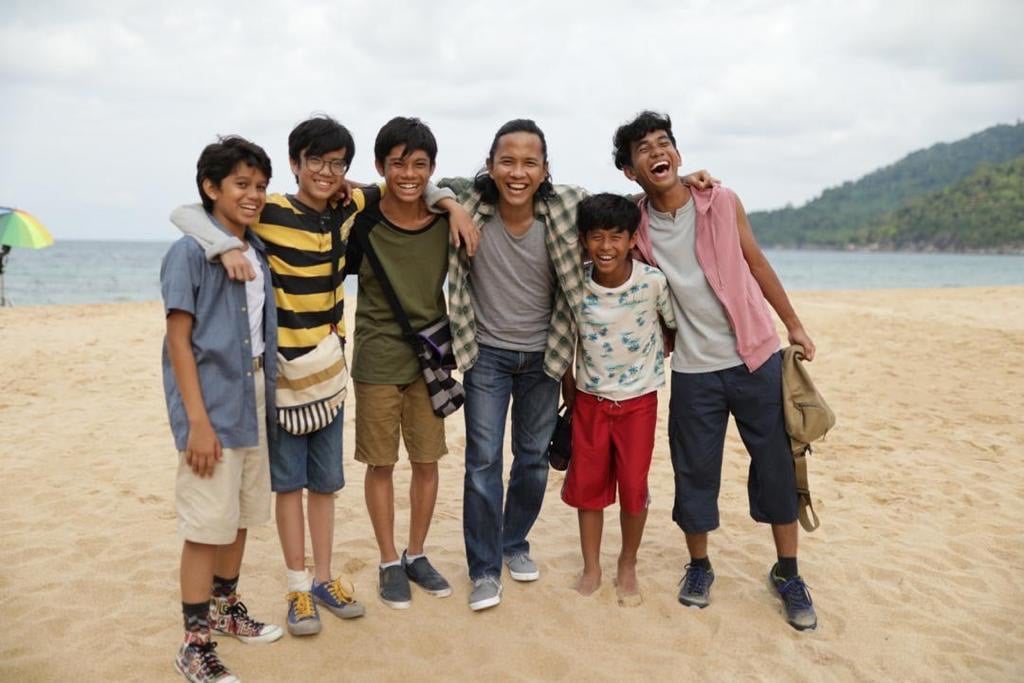