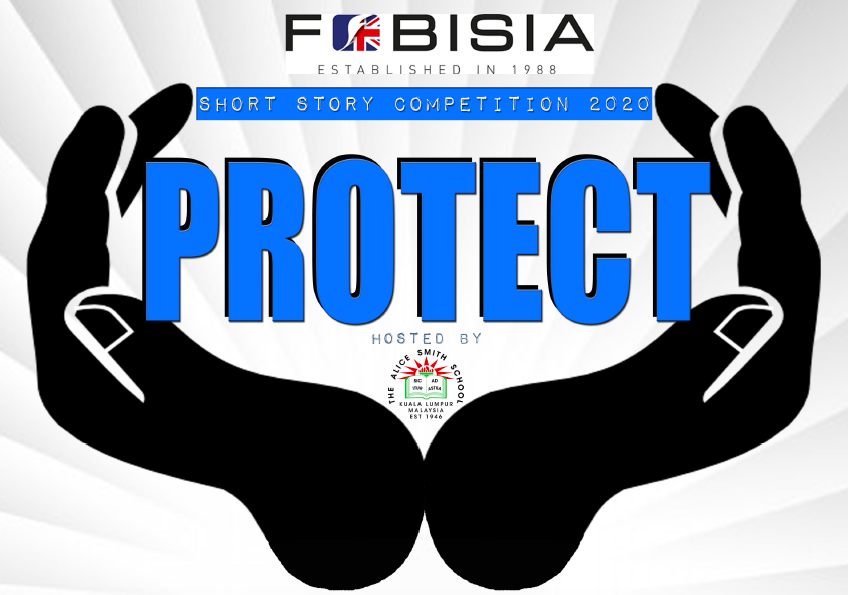 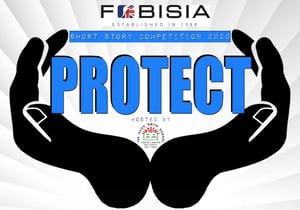 Congratulations to Year 5 and 6 winners of the FOBISIA (the Federation of British International Schools in Asia) short story competition Sizhe, overall winner from Dulwich College, Singapore and runners up Roselyn, from International School at Desa Park City, Kuala Lumpur and Harriet from Dover Court, Singapore.

The response this year was overwhelming! With over twenty entries per age category, our imaginations were taken on a rollercoaster of emotions. From knights and dragons, to the environment, to an alien take over; the entries were creative, unique and well-written. Shortlisting to five entries per age group was no mean feat.

The shortlisted entries were then sent to Curtis Jobling the designer of worldwide hit children's television show 'Bob the Builder', and the author/illustrator of numerous children’s books, for final judging.

On selecting Sizhe's 'Futile Protection', as the winning entry he commented;

(I) really enjoyed this story, and it put me in mind of the great war poets such as Siegfried Sassoon and Wilfred Owen. That anti-war message comes through loud and clear, with the 100 year anniversary of the First World War still in recent memory. Truly chilling writing, a gloomy, portentous world-build and a sombre, hopeless ending. Great stuff.

A hurricane of misery screamed through the atmosphere, thunder roared, the wind howled, all men were silenced by the never-ending war, never ending blood, never ending murder. Crows danced to a rhythm of death, excited at their upcoming feast...

I was protecting the trenches, as ice cold, frosty rain burnt me to my skin. As I heard the booming of gunfire, I wondered if it still was ‘fun’ to protect your country. I had been told that I had to protect the trenches while others slept, but wondered if the fat, lazy, obnoxious general who issued these orders from five miles behind the trenches, was doing anything to protect us, to protect me...at least give us some warm clothes to brave the winter. The general was safe and protected, the ones who were risking their lives to help were in mortal peril.

Footsteps pounded towards me, an army of putrid rodents scattered among the grasping mud, but I didn’t care, I was too tired, too exhausted to mind the threatening presence of the pests. The stench of rotting bodies, the sound of jubilant rats feasting on our friends and comrades dominated my senses as I stood there; loneliness, sadness, terror engulfed my soul. My mind drifted back to that day, the sun shining bright, a group of joyful, young men whistling happily, ready to sign up for war, I remembered the lies they used to tell us about protecting our families, king and country and, “It would be fun!” When the eagerly anticipated day finally came, we all departed for the train station. Immaculate in radiant boots with uniforms never worn before, we marched naively, innocent to war, just boys, just lambs led to the slaughter…countless crowds of jocular people, sang and cheered, wishing us good luck. Younger boys around the edge stared with jealous eyes, wishing away their precious youth to follow us to France, what fools we were...I heard a widowed mother whisper tenderly to her teenage boy, her only son doomed to die next week, “I’ll see you at Christmas!”

I felt the cold, gold metal of the crucifix my mother gave to me as I left, sticking to my soaking chest. “God will protect you son, wear this always.” Little did she know how God had deserted this hell on earth, His protection meant nothing in this land of the devil.

I felt a hint of burning hot anger inside of me, I wanted to vomit. As I recovered more memories from the past, the one that hurt the most was that of a close friend, killed in another pointless, pathetic battle. I recall his smile on that day when he died, but I couldn’t protect him, the crimson river of blood poured from countless bullet holes in his chest, little could I do…

Over the horizon, black clouds charged towards the deadly battlefields, guns blasted, louder and louder, trying to outdo each other in a deadly competition, roaring like wild animals, taunting each other for a final fight…rats once haughty and arrogant, now flee towards their holes of doom, while a lonely eagle deserts this horrendous, most sickening place on earth.

Dawn was breaking, day overpowered night. It was time for us to attack...here I am, alone in this army of millions, who will protect me?

Congratulations again to Sizhe and also to our two runners up in this category, Roselyn and Harriet.

Judges comments, "Great to see the switch being played here, with the tale being told from the villain’s perspective. Colourful use of language in describing not only the dragon but the world she used to fly in. The numerous piles of ash at the end is a great addition too."

'Into the Woods' by Harriet at Dover Court, Singapore

Judges comments, "A gothic ghost story with a riddling twist. Harriet’s world building was really evocative, and certainly placed me into the cursed forest of the story. I do love a good riddle - you can blame my favourite children’s book, The Hobbit."

We'd would like to say a huge well done to all the students who entered the competition. We feel honoured to have read your stories and will be looking out for your names on the bestseller list in years to come.