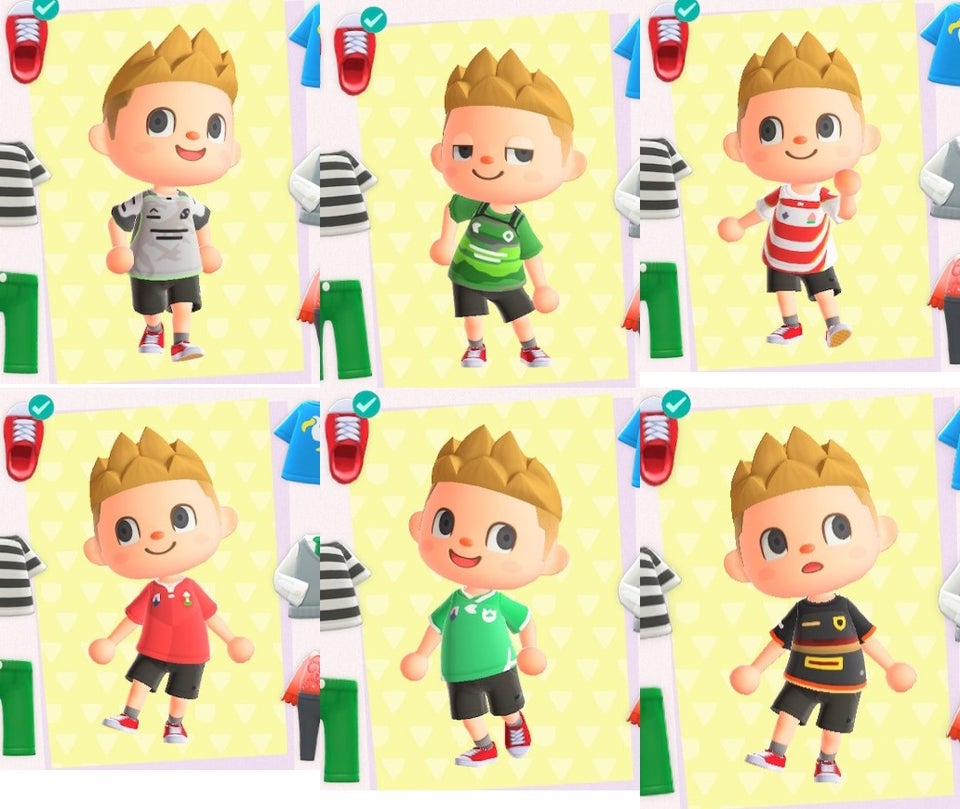 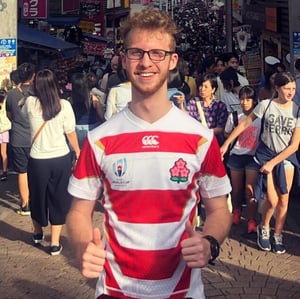 Our students have been spending their time during the CMCO / MCO in a huge variety of ways - some more surprising than others. Here Year 13 student Adam English tells us about how his passion for jerseys ended up with him collaborating with @WorldRugby.

"The MCO/CMCO here in Malaysia and cancellation of exams has not been easy to deal with but it has given me some extra free time. I decided to buy the Nintendo game Animal Crossing: New Horizons; it is a peaceful game where you develop your own island using a number of tools and furniture. The freedom of the game allows for a really personalised experience, with a great mix of Japanese and Western influences. When I found out you could make your own clothes, I immediately knew what I wanted to do. To me it makes sense, in a game where you're the protagonist, to have the protagonist dress like you. I wear a jersey almost everyday instead of a normal t-shirt. I love sports jerseys, particularly rugby, to the point of near obsession. I love the idea of a shirt that represents the history, culture and passion of a club or country. 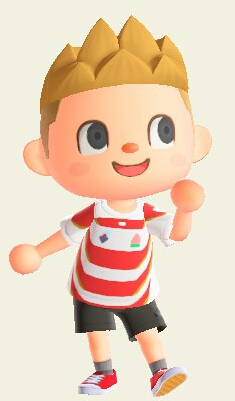 I started by recreating my considerable collection. It was really cool to see an accurate rendition of my favourite jerseys in the game. As custom designs can be shared within the game I asked myself, “Would other people like their jerseys in the game as well?”. So I decided to ask…

The biggest rugby forum online is called r/rugbyunion on Reddit with over 130k members. I decided it would be the perfect opportunity to see how large my Animal Crossing x Rugby Jersey clique was. I posted on the forum a few examples of my jerseys with an offer to custom make the jerseys they love for free. Being honest, I didn’t expect much out of it; I was expecting maybe 5 or 6 responses over the first 2 days but in an hour I had 100 upvotes (likes) and 10 responses. The response was overwhelmingly positive and enthusiastic. My post became the most popular post of the day and has since stabilised at about 500 upvotes with a list of over 20 very specific jerseys (who knows the Sheffield Vulcans?) with a unique and special meaning to each one. I didn’t expect it to get any bigger... but somehow it did… 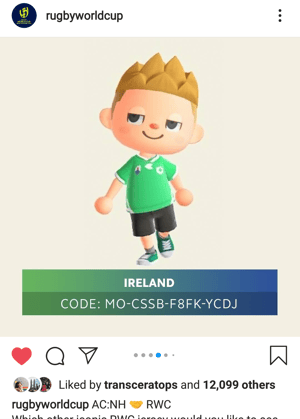 Someone contacted me on the forum, introducing himself as ‘Ollie from World Rugby’. World Rugby is the governing body for Rugby Union and are the organisers of the Rugby World Cup (RWC). He asked if I would like to collaborate with them to recreate versions of jerseys for their official social media, for their followers to download and use in-game. I never even entertained the idea of declining. They asked for any RWC 2019 jerseys I’d made; thanks to requests from the redditors and my own collection, I already had seven

to give them. After they had posted them on the official RWC Instagram and Twitter, the numbers were staggering for me. 8,000 likes on the first post on the @rugbyworldcupjp with 6,000 on the second, 12,000 likes on the first and 9,000 likes on the second on @rugbyworldcup and that was only Instagram. @rugbyworldcupes posted the Latin American jerseys and were retweeted by Uruguay Rugby’s official channels. I was highlighted in World Rugby’s weekly YouTube show where the largest rugby YouTuber, Squidge Rugby, goes over all of the best rugby-related events without any rugby. I even got to talk to him on Twitter after giving him some jerseys I knew he’d enjoy, including Uruguay RWC19 (he’s Welsh).

I’ve used my time to make some people a little happier in a period when it’s so easy to not be. I’m really proud. 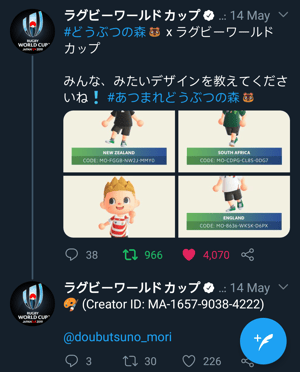 After completing all 20 RWC19 home jerseys for World Rugby and almost a month on I’m still kept busy with requests. I was recently approached by the Brazil Rugby Union (CBRu) and they commissioned their national jersey. It’s been a crazy experience.I can’t claim to be changing the world in a significant way through this venture but I have learned a lot. I have a greater insight into the power of Social Media. I got to network with the marketing department of the governing body of professional international rugby union as well as the CBRu. My work has appeared on official RWC Instagram, Twitter and the World Rugby YouTube channel, as well as a number of online articles in Japan and Brazil that I have found promoting World Rugby’s official Animal Crossing WCR jersey release! I got to talk to one of my favourite YouTubers and I got personal approval from the original designer of Uruguay’s RWC19 jerseys.

I am passionate about jerseys, rugby, videogames and Japanese culture and I have found a way to merge these in a way that thousands of people enjoy. I feel that I’ve used my time to make some people a little happier in a period when it’s so easy to not be. I’m really proud."

Author: Adam English, Year 13. You can see more of Adam's designs on his twitter and instagram feeds.