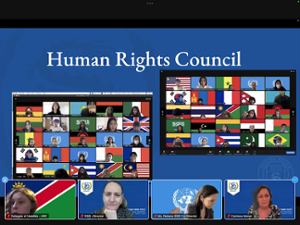 In this week’s Secondary Blog, I am delighted that our Year 8 student, Sachdev, has prepared a thoughtful and impassioned account of his thoughts and experience on participating in Model United Nations (MUN), including the recent MUN SEASAC Conference. Not sure what MUN is? Well, keep reading…

"I first started participating in the Model United Nations Extra Curricular Activity (ECA) when I was in Year 7. Ever since, I really looked forward to the lively sessions on Tuesday afternoons. We would start with the Chair picking a resolution to be debated on Tuesday. Each of us would then pick a country we would delegate for the debate. Delegates at an MUN Conference take on the role of representatives of UN member states in various Committees, debating current global issues from our country’s viewpoint. As a start, we are given 10 minutes of reading time on the resolution, where we carefully read and pick up important points on the resolution. Whilst the main submitter of the resolution is making their speech, we do some research on our country’s stance on the topic of debate following which, some amendments are made to the resolution to either strike or add clauses/subclauses. Next, we proceed to give a speech about our amendment and reasons of consideration for other delegates. After voting on the amendments, we would give a final speech on why the resolution as a whole should be passed. This will then be put to vote by the delegates. 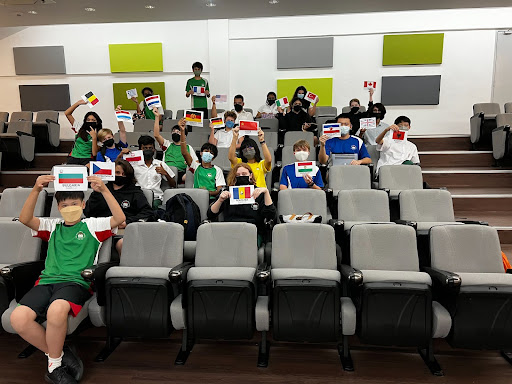 All of these weekly debates were finally put to the test when Alice Smith was invited to take part in the 2022 MUN SEASAC Conference. As this was my first conference, I had a wonderful opportunity to debate with delegates from other countries about climate change and migrant workers. The conference first started with me writing a resolution with the delegates of Rwanda, Malaysia, Madagascar, Bangladesh, and the USA. Speaking and debating with other delegates built my confidence by being able to voice my thoughts freely despite initially being nervous.

Joining MUN has been such an enriching experience for me.

I also gained a lot of general knowledge from reading and debating on resolutions written by other delegates, as well as conducting research in order to write my own resolution; and most importantly, helping me see why other people are different from me - and accepting these differences. This conference also taught me to use my creative thinking skills to find a way out of problems. During the conference, I was mesmerised watching the seniors debate the topics with such passion and confidence, coming across as being so knowledgeable and articulate. At the end of the conference, after debating for multiple hours, our resolution was successfully passed. Despite this year’s conference once again taking place online, it was meticulously organised with the Head Chairs being supportive and inclusive, making it a wonderful experience for all delegates.

Joining MUN has been such an enriching experience for me and it certainly has helped sharpen my research skills and made me think on my feet to put across ideas and rebut points made by others effectively. It also provides an avenue to work as a team not only with friends in my year group but also fellow students from other year groups, including the many students from all over the region who participate in the various conferences. If you are looking for an exciting opportunity to meet people, develop communication skills, nurture your KLASS Values, and broaden your general knowledge, then I would strongly encourage you to start by joining the MUN ECA in school."

Thank you to Sachev for such an illuminating and inspiring insight into MUN and for sharing what meaning being part of MUN has for you.

Wishing you all a wonderful weekend,